This one is special. In April I decided to do some ‘Pretty Pup’ sessions to share stories about dogs looking for their Forever Homes and some dogs who had been adopted. The digital flyer I put together featured an image of Sophie, a dog I’d photographed while she was at Homeless Pets Foundation. 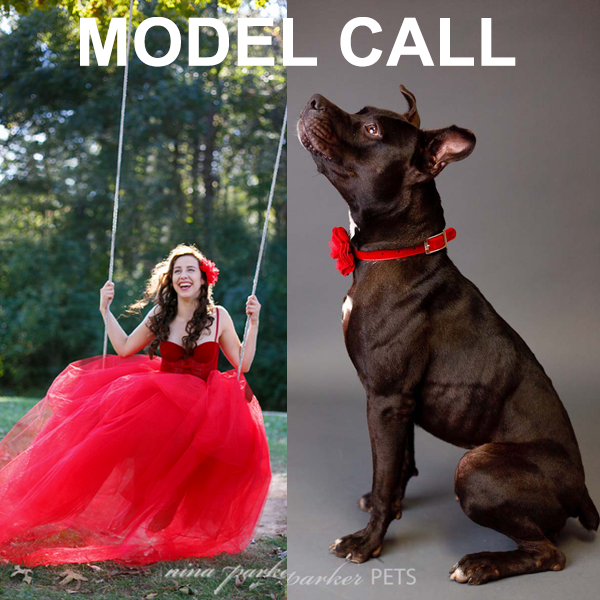 To my surprise, I heard from a man named Daryl, who told me……that he had adopted Sophie!! I had no idea that using that photo would result in getting an update on this dog and hearing about her adoption experience. All I knew was at the time I photographed her Sophie, who was very sweet with me during her photos, was struggling and really needed a good home. It was SO exciting to see her again and see the bond she and Daryl have.

Here is what Daryl had to say about their story: “Sophie grew up in a shelter confined to a kennel. After years of not being wanted she became depressed and began losing weight and experiencing cage rage, cutting her gums and mouth by biting on her kennel. Essentially, she had PTSD. The shelter had tried everything to help her relax and cope but were becoming concerned for her well being and future prospects.

Lori, the manger at Homeless Pet Foundation, knew my previous dog had passed and asked me to come see Sophie. At the time I was down and having some challenges myself. The day I came to visit Sophie she got loose from her handler and ran straight to me. I went down on one knee and Sophie Dog rolled over on her back as if to say ‘Hey I think we may get along !!’ Coming from a dog who had been depressed and mad at the world this was quite a change.

We have been together for a year now! Sophie has gone from 34 pounds to 82 pounds of solid muscle. She has a natural sensitivity and a gift for sensing when someone needs positive attention. She could easily be a service dog–she definitely is for me. After being in a cage for so many years she still has some anxiety issues, but is doing very well. Sophie has the run of the house, a big yard to run in, long walks every night, and no kennel now. She will have a long super loved life. Please, if you are reading this consider adopting a shelter dog. They are grateful to have a home, loyal to their human companion no matter what, and they deserve better than living in a cage 24/7.”

Without further ado, here are Sophie and Daryl…. 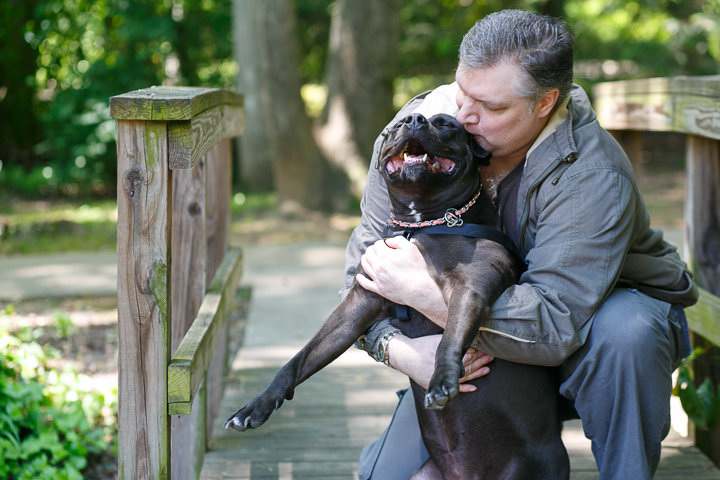 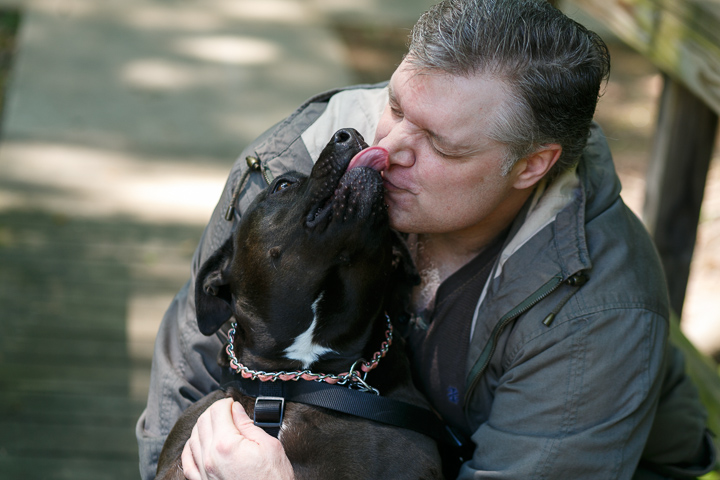 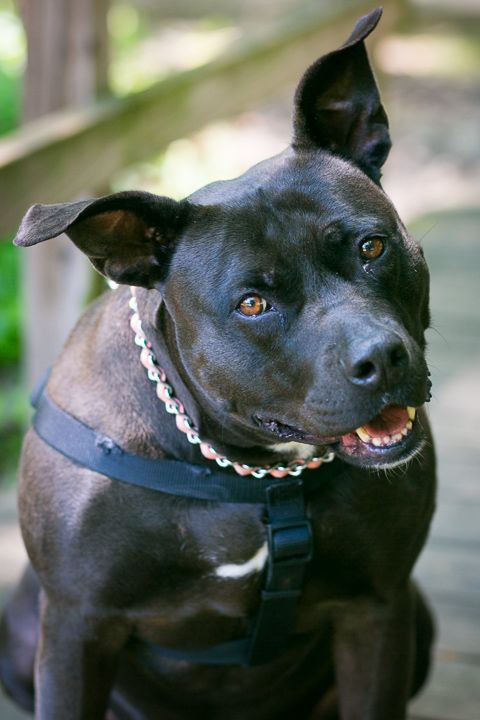 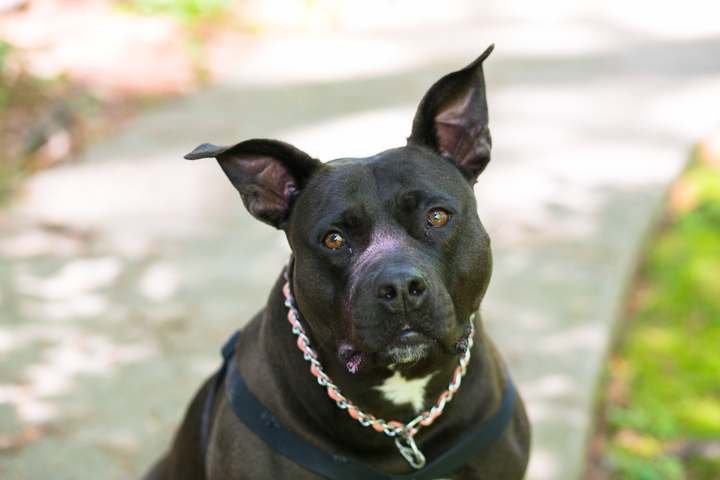 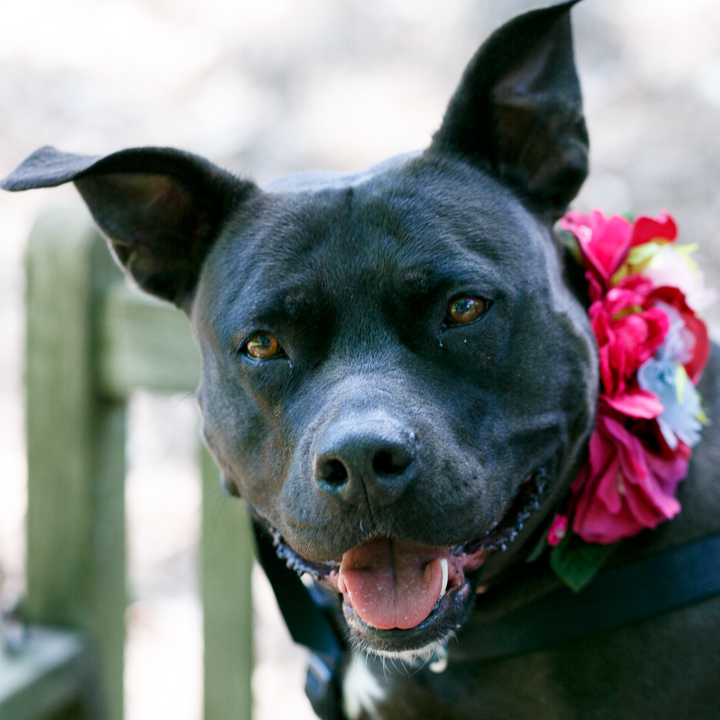 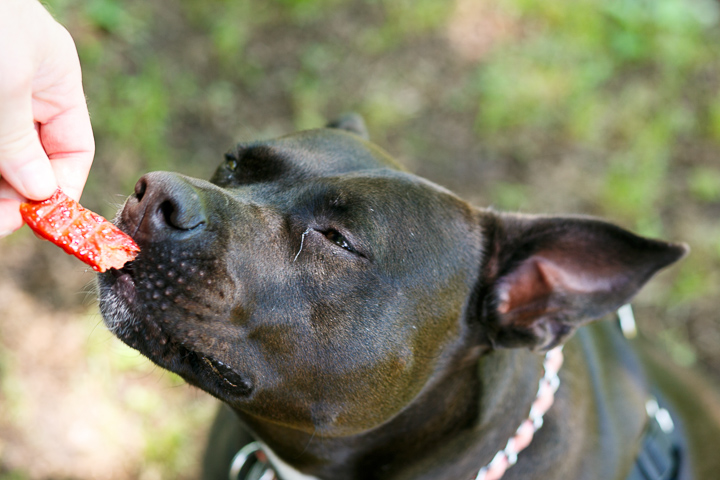 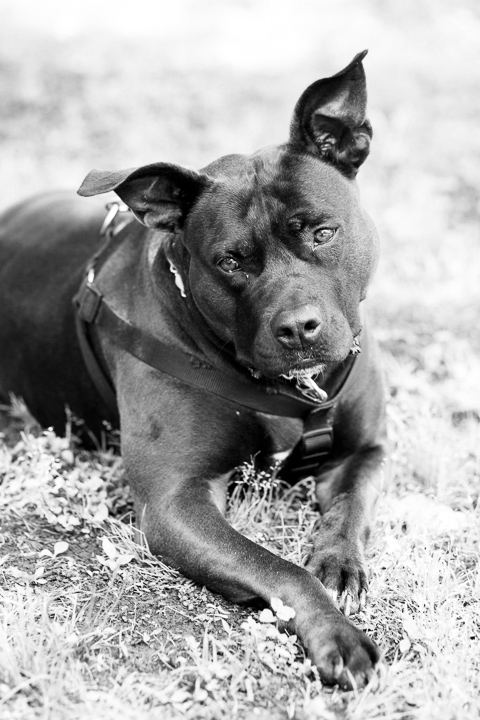